Million Dollar Quartet is coming to Cliffs Pavilion this March Following its success in the West End, Las Vegas, on Broadway and around the UK, Million Dollar Quartet is heading to the Cliffs! This worldwide smash-hit musical is inspired by the famous recording session that brought together rock ‘n’ roll icons Elvis Presley, Johnny Cash, Jerry Lee Lewis and Carl Perkins for the first and only time.

On December 4, 1956, these four star musicians gathered at Sun Records in Memphis, the studios of legendary record producer Sam Phillips, for what would be one of the greatest jam sessions of all time. Million Dollar Quartet brings that legendary night to life, featuring a score of rock hits including Blue Suede Shoes, Fever, That’s All Right, Sixteen Tons, Great Balls of Fire, Walk the Line, Whole Lotta Shakin’ Goin’ On, Who Do You Love?, Matchbox, Folsom Prison Blues, Hound Dog and many more.

Don’t miss your chance to discover the true story of one unforgettable night that made rock’n’roll history! 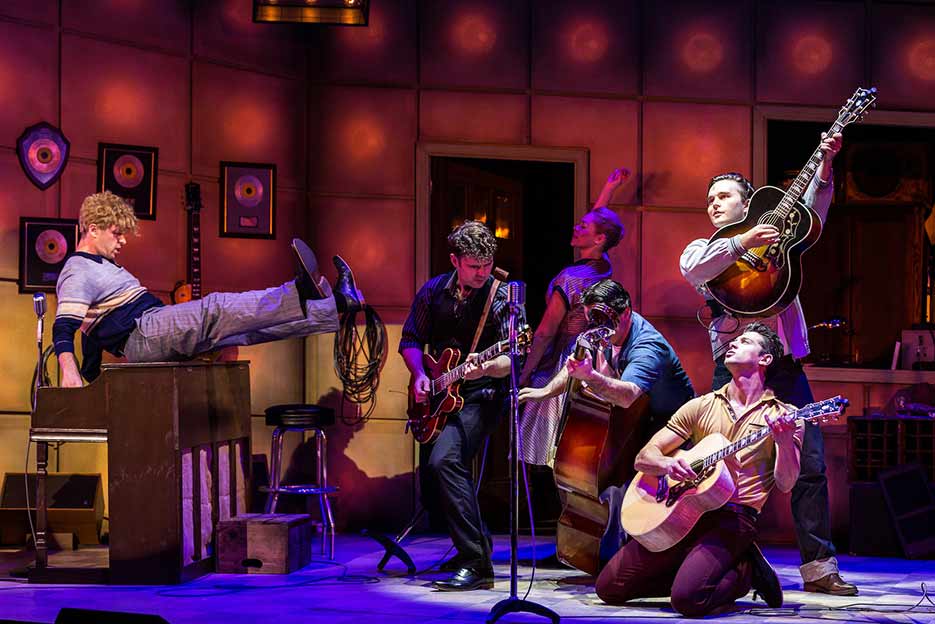 Q & A with Peter Duncan, starring as Sam Phillips

The actor, adventurer and former Blue Peter presenter tells us about starring in the rock ‘n’ roll musical and his own pop star ambitions.

Hi Peter. Thanks for talking to us. What’s the story of Million Dollar Quartet?

Well, on 4 December 1956, Sam Phillips, who ran Sun Records, got Elvis, who was by then a big superstar, Carl Perkins, Johnny Cash and a very young Jerry Lee Lewis together for a day. He recorded a session with them. His real motivation behind it was to try and get Johnny Cash to sign a new contract because, like with football, people get tempted elsewhere, especially when they get successful. The music business is still notorious for that kind of behavior.

It’s the most famous recording session in history! At the end of the show there’s a picture of them sitting round the piano that pops up; it’s absolutely iconic.

That is the story that runs alongside what most people think they’re coming for, which is a fantastic rock ‘n’ roll romp. What they get is much more, and they go away having learned something new.

You previously played producer Sam Phillips in 2017. What made you want to return to the role and how much research did you do into him?

I was delighted to be asked! It’s a brilliant show and a number one tour. I also think Sam is a rather great part to play, because I’m so into music. Some fantastic performers have played the role too – Jason Donovan, Bill Ward, Martin Kemp.

I did a lot of research. Sam fascinated me. He was originally a DJ, but he knew all about the wiring side of things and that’s how he found a way to create his sound with the technology as it existed. That was one of his talents. He was a clever man, a very clever man, but he also did the job of the plugger. He’d drive round from radio station to radio station hawking his records. When he got air play, that’s how his artists got heard. He was a true grafter. That’s what makes him so cross when somebody leaves.

The music in the show is timeless, with songs including Hound Dog, I Walk The Line and Great Balls of Fire, but is the story of rock ‘n’ roll still as relevant?

I know years and years have passed, but life’s really very similar; it’s often the music that responds to, and makes people respond to, society. If there’s an equivalent, it’s a bit like grime with Stormzy now. If you listen to Stormzy, what you’ll hear is real political commentary, rudeness, anti-establishment sentiment. Really that’s what rock ‘n’ roll was doing then.

Did you ever want to be a rock ‘n’ roll star yourself?

I’ve always been musical. I’ve always written songs, mainly for things like kids shows and pantomimes, but I’ve always composed. But I suppose my one single, Cold As Ice, in 1982 doesn’t really count as being a pop star, although I did sing it live to Elton John on Blue Peter. That’s my “I could have been a pop star” moment. I’m obviously a method actor, as I’m building my own sound studio in the garden! I’ve got three daughters and all of them are making a career out of being singers, so it will give everyone somewhere to rehearse.

Aside from your acting, it’s Blue Peter you’re probably best known for. How was it being part of that show?

It was obviously a really exciting thing to do. At that point in my career, after 10 years as an actor,  I felt like looking outward a bit, rather than inward. Obviously doing something like Blue Peter, you know your career is going to go in a different direction, but now I do wish I’d done a bit more Shakespeare and a bit more classical stuff.

I was only 26 when I got that job and it was quite hard. I had a fragmentary education; a gypsy theatrical child going from pillar to post. I never took any exams of any kind. Suddenly you’re surrounded by people with firsts from Oxford or Cambridge who are desperate to get up the BBC ladder. You slowly start to realise you’re not as clever as you think you are. And because of my strange childhood I’ve never been good with organisations, bureaucracy and hierarchy. I’m very much a get out there and do it yourself kind of person.

I think that’s how you’ve always come across. Is there, in fact, anything you can’t do?

I suppose I do always try and keep life interesting! If I’m absolutely honest, I’m a frustrated sculptor.

Are you excited about being out on tour?

I am, although I was also excited to see there were two London dates and a few commutable ones too! My Mrs promised to visit me on some others so we could go walking during the day too! It helps that I’m a great traveler and I’ve got my own holiday company, The Natural Adventure Company. That all grew from making travel documentaries when I took the kids around the world.

What can audiences expect from a trip to see Million Dollar Quartet?

They’ll have a great night because of the fantastic music at the heart of it – there’s not a night I’ve done where people aren’t up on their feet having a great time as the songs and the artists are iconic – but they get a whole lot more than a rock ‘n’ roll concert, they get a brilliant story too. 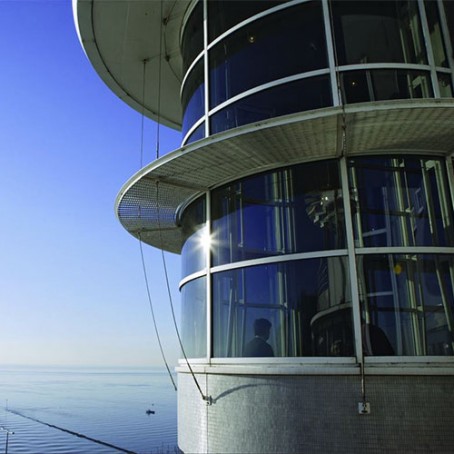 Win Tickets to see Nabil Abdulrashid at the Palace Theatre The comedian is bringing his set to the Palace Theatre on Tuesday 28th Septem...

Some frightfully good fun is in store for families and visitors this autumn w...