Nearly nine in ten Southend-on-Sea children will start primary school in September 2018 at their first choice primary school, and almost all at one of their top three preferences.

The data on primary school allocations has been announced by the Council as part of ‘national offer day’, with parents and children finding out what school their children will be starting in September.

Brin Martin, Director of Learning at Southend-on-Sea Borough Council, said: “I am delighted that 89% of local primary school children will be attending their first choice primary school come September, with 97% gaining entry to one of their top three choices. We received 62 more applications (2147) than in 2017 (2085), which was a low birth year. We have still managed to offer 89% of parents their first choice school.

“I am conscious that there are a small number of disappointed families who did not receive any of their top three choices. However the Council remains committed to supporting and continually improving all of our schools across the Borough which will help to ensure that there are sufficient places offering good quality and choice to local parents and carers.” 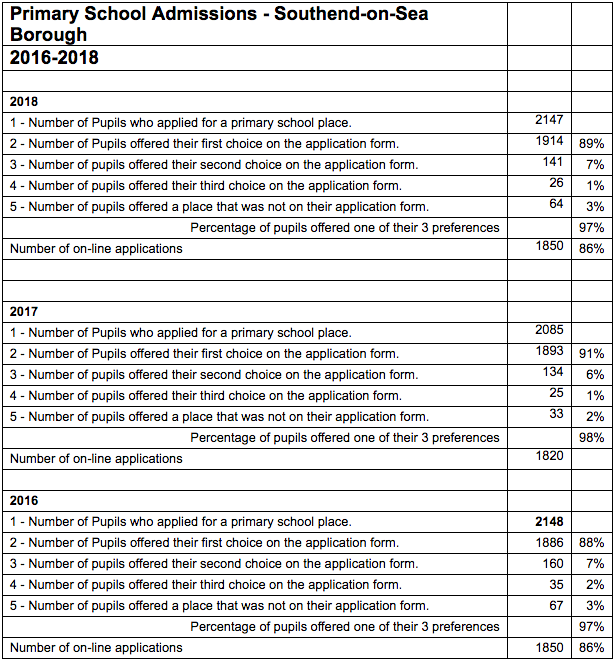 Southend-on-Sea Borough Council is aware of one highly probable and one proba...